﻿Thanks to our Sponsors! 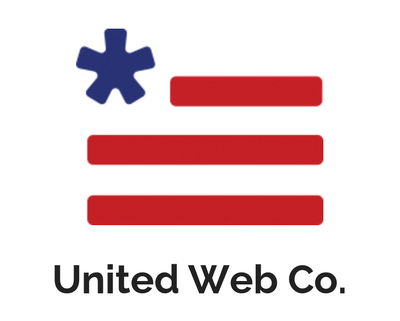 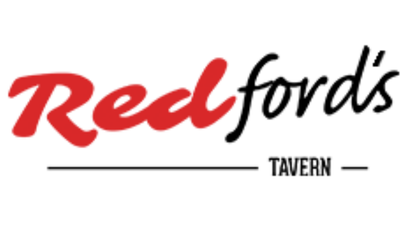 Record definition Rules for Longest handshake Rules for 'longest time to' recordsPlease make sure you follow ALL these rules:

a.    The attempt must take place in a public place or in a venue open to public inspection.
b.    The record is measured in days, hours, minutes and seconds.
c.    No person under the age of 16 may attempt this record.
d.    Persons aged between 16 and 18 must be in possession of a document signed by their parent or legal guardian, giving them permission to participate.
e.    A detailed log book outlining the progress of the attempt must be created.

TIME KEEPERS
f.    Two experienced timekeepers (e.g. from a local athletics club) must time the attempt with stopwatches accurate to 0.01 seconds.
g.    If there is any difference between the two timings, the average should be recorded as the official time.
h.   For attempts over one hour two ‘master’ stopwatches must be started by the witnesses at the beginning of the event, and should be stopped by the witnesses at the end of the event. If the same people cannot witness both start and finish, arrangements must be made for it to be transferred between the start and finish witnesses. These ‘master’ stopwatches may not be carried by the participant. However, a separate stopwatch may be carried by the participants for their own reference if required.

WITNESSES
i.    The attempt must be attended by two independent witnesses at all times.
j.    Two independent witnesses must be present at all times throughout the attempt.
k.    The witnesses must also rotate in four hour shifts: any number of witnesses may participate on the rotation.
l.    Witnesses must sign the log book at the beginning and end of each shift confirming the details entered into the log book for the period during which they are on duty.
m.    No one related to any ‘contestant’ can act as a witness.
n.    No one under 18 years of age may serve as a witness.


LOG BOOKS
o.    There must be separate sections in the logbooks for the following:
Pertinent observations regarding the attempt itself, witness, time keeper and steward changeovers, scoring, game times and substitutions (particularly for game related records) or lists and timings of songs/music (particularly for musical records)
p.    Please refer to the Guide to Your Evidence for specific instructions on how to complete the Log Books.

Please make sure you supply the following evidence:

•    One cover letter explaining the context of the record attempt. Please indicate the date, time and exact location of the record attempt, your chosen witnesses and your record attempt measurement. Also please provide full details of the person(s)/organisation attempting the record including details on the preparation for the attempt.
•    Independent witness statements confirming the record results. The witnesses must list the points that they have verified during the attempt, the times they were present and what the observed during their shift. The final two witnesses at the attempt must include the final record outcome/total in their statements.
•    Witnesses: attempts longer than 4 hours
o    There must be two independent witnesses present at all times, independent witnesses must work in shifts of no longer than four hours throughout the attempt. All witness statements must clearly indicate the times the witnesses were present and what they observed during their shift. The final two witnesses at the attempt are responsible for reviewing the statements of previous witnesses to determine the final record outcome/total.
•    For attempts lasting less than two hours two timekeeper statements must be provided to confirm that the timing was accurate. For attempts lasting longer than one hour confirmation of the total duration must be included in the witness statements.
•    Documentary evidence of permission must be provided for any participants who are between 16-18 years.
•    Photographic evidence of your attempt taking place capturing the details provided by the independent witnesses.
•    Video evidence – We require the entire attempt to be filmed from start to finish, and sent to us in DVD format or on an external hard drive/USB memory stick. Please ensure the camera is focused on the attempt at all times and is static.
o    If more than one DVD is required for the footage, please ensure these are clearly labelled in the chronological order of the attempt, with timings marked as well as the numerical order of the DVD. E.g. DVD 1 - 0.00 mins to 3 hours 36 mins and 27 seconds.  DVD 2- 3 hours, 36 minutes and 28 seconds to 6 hours 29 mins, 28 seconds and so on. Files on hard drives/USBs should be similarly labelled.
o    The video footage should also have the following important events labelled:
-Footage of the start of the attempt
-Two minutes footage every hour
-The point at which the record is broken
-The end of the attempt
•    Logbooks – Please state which DVD/file is corresponding to which hour/minute/second. This must match up to what you have written on the DVD’s. For example, if at 3 hours, 36 mins and 27 seconds it says in the logbook that the current record is broken, you must write ‘See DVD 2’ next to this.
•    You must have separate sections in the logbooks for the following:
o    Any pertinent observations regarding the attempt itself (to be filled in by witnesses – see section above)
o    Witness, time keeper and steward changeovers
o    Scoring, game times and substitutions (particularly for game related records) or lists and timings of songs/music (particularly for musical records)
•    Schedule 2 should be signed by you when you are sending in evidence which you either own or have permission to allow Guinness World Records to use.
•    If you include any photographs or video in your evidence which you do not own or have permission to allow Guinness World Records to use, then you must include Schedule 3.
•    Media articles (newspaper, online, TV or radio) should be submitted as part of the evidence requirements. This is not compulsory evidence.

Please read the Guide to Your Evidence document, where you will find further information about the evidence requirements and evidence templates. It is paramount this document is read before you submit your evidence.
Evidence checklist